This article expressed by MiniTool Software mainly elaborates on the meaning/definition, function, types, comparison, as well as editing of video encoder (video codec). After reading this post, you will have a better understanding of how various formats of videos come into being.

To learn video encoder, just get to know what is video codec.

What is a video codec? A video codec is a kind of software or hardware that compress and decompresses digital video. In the context of video compression, “codec” is a portmanteau of encoder and decoder.

What Is A Video Encoder?

A video encoder refers to a device, either software or hardware, that (only) compresses digital videos, whereas a device that (only) decompresses a video is called a video decoder.

There are complicated relationships between the video quality, the amount of data used to represent the video (bitrate), the complexity of the encoding and decoding algorithms, sensitivity to data losses and errors, ease of editing, random access, as well as an end-to-end delay (latency).

The Applications of Video Codecs

Video codecs are applied in DVD players, Internet video, video on demand (VoD), videotelephony, digital cable (HDMI), digital terrestrial television, as well as various other apps. Especially, video codecs are widely used in programs that record or transfer videos, which may not be feasible with the high data volumes and bandwidths of uncompressed video.

Any video file or stream can be encoded with a wide variety of live video formats. Some video encoder H.264 settings need to be set when streaming to an HTML5 video player.

Since online video data is encoded by various codecs, codec packs come into being. It is a pre-assembled set of usually used codecs combined with an installer available as a software package for PCs. Some popular codec packs are the K-Lite codec pack and Perian and Combined Community codec pack.

How to Change Video Encoder Format?

If you get a video but your current media player can’t play it for the video codec not supported by the player, you need to convert the video encoder to the supported type of your video player. Thus, you need a video codec converter such as MiniTool Video Converter, a free video and audio format converting program.

2. By default, you will enter the Converting subtab under the Video Convert tab. There, click the big + icon in the center of the screen to add your video.

3. Click on the setting icon (an arrow pointing into a square) within the Target section to trigger the output format settings window.

4. Switch to the Video tab in the settings window and select a video format in the left menu. If you don’t want to alter other parameters of your video, just choose the same format and click on the Create Custom option in the bottom right.

5. In the next popup, find the Encoder option under the Video section and pick up a compatible video codec from the drop-down menu.

6. click the Create button to create your customized video format and select it when you are redirected back to the video tab.

7. Finally, click the Convert button in the main window to start the process.

Wait until it completes. Then, you can play the video with your media player.

In the past, a video was saved as an analog signal on magnetic tape. When the compact disc (CD) was developed and used as a digital alternative for analog audio, people find it possible to directly store and deliver video in digital form.

To record and convey raw video, you need a large amount of storage space and bandwidth. To improve that situation, engineers and mathematicians have found many ways involving the compression of digital video data.

H.261 was the first practical video coding standard. It was developed by a number of companies including Hitachi, PictureTel, Nippon Telegraph and Telephone Corporation (NTT), BT, Toshiba, as well as many others. The most popular video coding standards are the Moving Picture Experts Group (MPEG) standards.

In 1991, MPEG-1 was developed by the group. It was designed to compress Video Home System (VHS) quality video. In 1994, MPEG-1 was succeeded by MPEG-2/H.262. The successor was developed by those companies: Sony, Thomson, Mitsubishi Electric, etc. MPGE-2 became the standard video format for DVD and SD digital television (TV).

In 1999, MPET-4/H.263 came into being, which was a major leap forward for video compression technology. Also, a lot of firms had contributed to the development of MPEG-4 including Mitsubishi Electric, Hitachi, and Panasonic.

However, the most widely used video coding format nowadays is MPET-4 AVC (H.264), which was developed in 2003 by these organizations: Panasonic, Good Kaisha IP Bridge, LG Electronic, and so on. H.264 is the main video encoding standard for Blu-ray Discs. It is also widely accepted by web applications including Adobe Flash Player and Microsoft Silverlight; streaming network services like YouTube, Vimeo, iTunes Store, and Netflix; as well as many high-definition television (HDTV) broadcasts over terrestrial and satellite TV.

In 2013, AVC (Advanced Video Coding) had been succeeded by High-Efficiency Video Coding (HEVC), also known as H.265 or MPEG-H Part 2. It is heavily patented by Samsung Electronics, General Electric Company (GE), NTT, and JVC Kenwood. However, the adoption of HEVC has been hampered by its complex licensing structure. In turn, HEVC was succeeded by Versatile Video Coding (VVC).

In addition, there are free VP8, VP9, and AOMedia Video 1 (AV1) video coding formats adopted by YouTube, all of which were developed with involvement from Google. 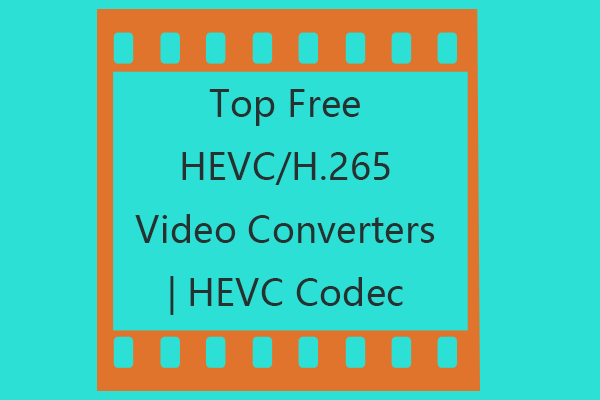 Learn how to convert HEVC/H.265 to H.264 MP4 with a free HEVC converter, what is HEVC codec, how to download HEVC codec, HEVC video extensions, etc.

A video coding format, also called video compression format, is a content representation format for storage or transmission of digital videos such as in a data file or bitstream. Typically, it makes use of a standardized video compression algorithm, most commonly based on discrete cosine transform (DCT) coding and motion compensation.

A specific hardware or software implementation capable of compression or decompression to/from a specific video coding format is called a video codec. For instance, FFmpeg a the most common video codec for many video formats like H.264, CorePNG, and VP9.

This post offers 5 ways to fix the “Adobe Media Encoder could not write XMP data in output file” or “Media Encoder stuck on reading XMP” error.

To Play This Video You Need a New Codec? Here’s How to Fix It

To play this video you need a codec? If you encounter this problem when using Windows Media Player, read this post and you will find solutions.

“Streaming / Transcoding failed: VLC could not open the mp4a audio encoder.” What does this error mean and how to handle it? Read here! 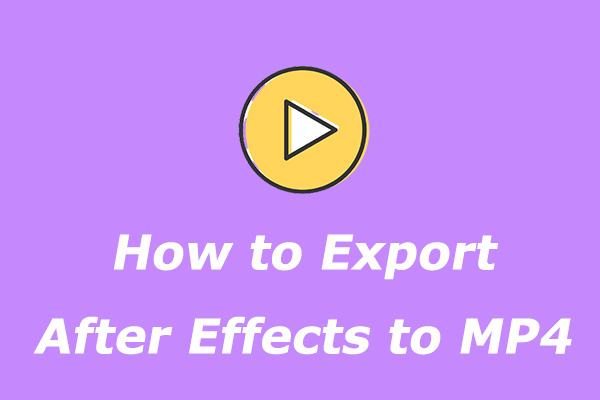 How to Export After Effects to MP4 with/Without Media Encoder

After Effects is a visual effect and motion graphics application for post-production. How to export After Effects to MP4? Just look through this post now!

Among the above video codecs list, some of the codecs are open-source.

The primary goal of most video compression solutions is to produce videos that most closely approximate the fidelity of the original videos while delivering the smallest file size. Besides some other factors that need to consider when comparing the codecs of videos include video quality per bitrate (range of bitrate), performance, and general software characteristics.

Audio Codec (Encoder + Decoder): How to Compare and Convert It?

An easy-to-use video editing software without watermarks and limits. The embedded templates enable you to quickly make personal slideshows and share them with your friends!