This article offered by MiniTool Software Limited mainly compares two main video frame rates in the video recording process, 30 FPS and 60 FPS. After reading the below content, you can make your choice for which frame rate to select for a specific recording.

We won’t be surprised by the 60 FPS videos since we have seen them in our daily life everywhere. We even won’t give our praise to 120fps videos for they are also not a new technology. Since we have already gotten used to the high frame rate videos, how do the low frame rate 30FPS videos persist? Well, there are some reasons.

What Is FPS in Video Recording?

Before discussing why 30 fps videos are still available, it is necessary to know the meaning that FPS in video recording.

FPS (frame per second) is the unit of frame rate, which is the frequency at which consecutive images are recorded or played. Thus, FPS in video recording refers to the number of consequent pictures that are recorded every second while recording a video.

What is a frame rate? What is the frame rate of 4K video to make it look best? This post will give you the answers!

What Is the Best FPS for Video Recording?

We have mentioned above that much higher frame rate videos than 30fps are everywhere in real life. Then, why 30fps videos are still there? 30 FPS now is just 15 FPS 10 years ago. However, since 30fps videos are still tolerable, it is still a choice if your recording budget is limited and there is no requirement for video quality.

30 FPS has been and is traditionally used for television broadcasts and shows. It is the standard frame rate on consoles. That is to say, consoles are capped at 30fps, exactly, PC master race.

60 FPS is widely applied in fast-paced action content like live sports. Compared to 30 FPS, 60 FPS doubles the frames. So, even for slow-motion videos, they appear crisper. Yet, more frames per second mean a larger file size for videos of the same length.

Is 144FPS Video Possible, Where to Watch & How to Change FPS?

What’s a 144fps video? Where to view 144 FPS videos? Which digital cameras can record 144FPS videos? How to convert 144fps videos to other frame rates?

Therefore, if you value audience experience and have a good preparation for video recording, you can choose 60 FPS. If you just want to record something with low requirements for its visual experience and quality and your recording is on budget, you are recommended to select 30 FPS.

Also, if you want to capture quick movement and slow motion, pick up 60fps, otherwise, get 30fps. If you are shooting videos to share on social media, you’d better select 30 FPS for most posts are displayed at 30fps even if your video is 120fps.

To make a conclusion, both 30 FPS and 60 FPS have their advantages and disadvantages. They are suitable for different situations. So, for the best fps for recording video, it depends on your specific situation.

After discussing the difference between 30 FPS and 60 FPS video recording in general cases, now, let’s talk about those frame rates recording on smartphones. are they the same or there is something unlike?

On cell phones, the preset video recording frame rates are usually 30 and 60 FPS with few reaching 120 or even 240 FPS. Which one to choose? Before making your decision, you need to consider the following aspect. 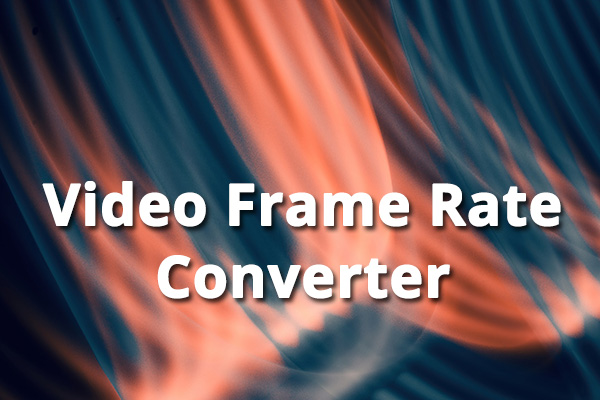 In the first place, what you need to consider is the quality of the image. To be exact, the exposure of the image. A video is a collection of still pictures. The shutter takes a picture, then closes, then opens again… When recording at 30fps, the shutter can stay open for a maximum of 1/30 seconds, taking in more light by the sensor than the 1/60 seconds of 60fps.

If you record in a condition with less light, the camera will have to increase the sensibility of the sensor to compensate for the light for higher FPS recording. Thus, the video quality decrease in turn and introduces image noise, artifacts that appear in the picture’s darker areas.

To conclude, the lower the frame rate, the more time the camera to gather light, and the better video quality you get in recording in low light.

Secondly, what you should take into account is motion blur, which is close to image exposure. If you are recording fast-paced actions such as sports, a lower frame rate like 30 FPS leads to images having more motion blur since the subjects move more while the sensor is capturing the image.

Vice versa, if you record at 60 FPS, you can reduce the blur to half of what in 30fps recording. On digital cameras, the blur can also be influenced by the recording resolution.

In a nutshell, the higher the frame rate, the lighter the motion blur.

Human brains have learned to associate a good experience with low frame rates like 30 and 24fps. You can expect your brain adjusts when you watch a fast-motion movie at 24 FPS. Unexpectedly, the smoothness of the video makes it look unnatural. So, it is recommended that you consider the purpose of the video before recording it.

If you just make a common recording, 60FPS may be the popular choice. Yet, if you want something more artistic, perhaps 30FPS is better.

Thus, the lower the frame rate (the closer to 24 fps), the more natural the recording looks. 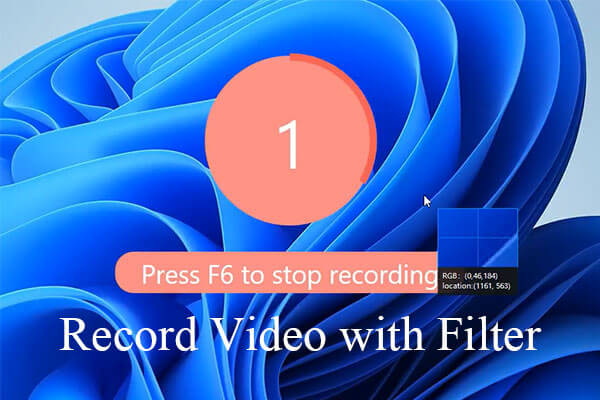 How to Record a Video with a Filter on PC/iPhone/Android/Online?

What are video record effects? How to record a video with a filter? Find the right video recording tools for different situations!

In the technical aspects including processing power, battery life, and heat of your phone, a high frame rate video requires more than a low frame rate video since more images are recorded in a single second. That is, a 60 FPS video consumes more power and battery and generates more heat than a 30 FPS video since the former requires the processor to do more tasks.

Therefore, the lower the frame rate in recording, the less power it consumes and the less heat it produces.

Since there are nearly twice the images to contain in a 60FPS video than in a 30FPS video of the same length, the file size of the 60-fps video is much larger than the 30-fps video. If you need to do recording frequently, you need to pay attention to the storage space of higher frame-rate videos.

Besides, larger videos need more time to be uploaded to social media or sent to friends with more bandwidth and battery consumed.

So, the lower the frame rate, the smaller the file size is, and the less sharing time, bandwidth, and battery needed.

30 Vs 60 FPS Video Recording for Mobiles

Considering all the above aspects, it depends on the subject, the recording conditions, and the footage for which frame rate is better.

It seems 30 FPS has more pros. Yet, if you have full battery power, a good cooling way, fast and unlimited bandwidth, enough storage space, etc. full preparation for video recording, 60 FPS is recommended. 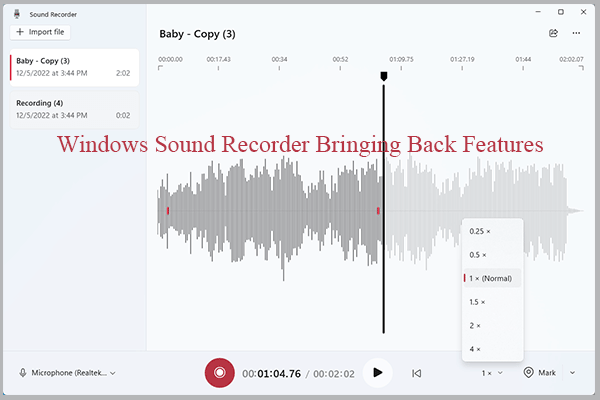 How to Record Computer Screens at Different Frame Rates?

Finally, let’s see how to capture your PC screen with a professional and reliable screen recorder – MiniTool Video Converter. From the app name, you can know it’s a video format converting program. Yet, it also provides a feature to record your activity in Windows.

Step 1. Download and install MiniTool Video Converter on your PC.

Step 3. Click Screen Record from the top menu to go to its video recording section.

Step 5. You can change the recording area from the default Full screen to Select region by clicking the down-arrow behind Full screen.

Step 6. You can mute or unmute system audio or microphone of your computer for your recording.

Step 9. When all settings are done, click the red circle icon in the MiniTool Screen Recorder window to start recording your video.

Step 10. To stop the recording, just press F6 on your keyboard or your customized shortcut.

Finally, you can enjoy your recordings, either for watching in the future or sharing them with others.

An easy-to-use and free video editing software without watermarks. The embedded templates enable you to quickly make personal slideshows and share them with your friends!