Snapchat is a popular multimedia instant messaging app and it allows users to take photos and videos in different modes and with many creative tools. Now, with the help of hands-free video recording, users can record videos on Snapchat without keeping finger on the screen.

If you want to record your PC screen for free, you can try MiniTool Video Converter. It allows you to record in different video formats and without time limits and watermarks.

How to Record on Snapchat Without Holding the Button

Hand-free video recording is possible now, but the accessibility still depends on your device type. If you use an iPhone, you can easily do that on your iPhone by changing the Accessibility settings.

If you have an Android device, unfortunately, you can’t record videos on without holding the button.

Related article: Solved - How to Screenshot on Snapchat without Them Knowing

Here’s how to record video on Snapchat without holding the button on your iPhone. Let’s get started.

1. Change the Accessibility Settings on Your iPhone

Step 1. Open the Settings app on your iPhone and click the General.

Step 2. Find and tap Accessibility, and then click the Assistive Touch.

Step 3. Tap on the button next to AssistiveTouch to enable it.

Step 4. Select Create New Gesture…, then tap and press on the screen until the blue bar fills up.

Step 5. Give the gesture a name and click the Save.

2. Record a Video on Snapchat Without Holding the Button

Step 1. Now, open your Snapchat app (make sure that you run the latest version of Snapchat), and you’ll see a grey bot icon on the recording screen.

Step 2. Tap the grey dot icon, then click the Custom, and choose the gesture you created.

Step 3. Then you’ll see a grey circle icon, drag it over Snapchat's record button and release your finger.

Step 4. After a 1-second delay, Snapchat starts recording automatically and you don’t have to hold the record button.

When the gesture completes, the recording stops automatically. From this, you can learn that the length of the video recording depends on the duration of the guest. It takes 8 seconds to complete the gesture in the Settings app, so you can record an 8-second video on Snapchat without holding down the record button.

Also read: How to Record Zoom Meeting on iPhone and Android – Solved

The camera lock feature is available on Android and iPhone. It also lets you record videos on Snapchat without holding the record button the entire time.

Step 1. Open your Snapchat app and begin recording a video as usual.

Just swipe your finger towards the lock icon while you’re recording. This will lock the record button to continue recording without keeping your finger on the screen.

Step 3. When you want to stop the recording, just click the Record button again. 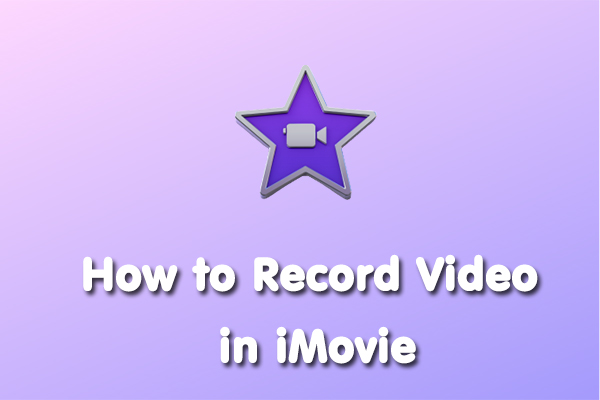 iMovie is a built-in video editor for Mac/iPhone/iPad. You can directly take videos into your movie project. Here’s how to record a video in iMovie.